Record Store Day: The Minus 5 "Scott The Hoople in the Dungeon of Horror" 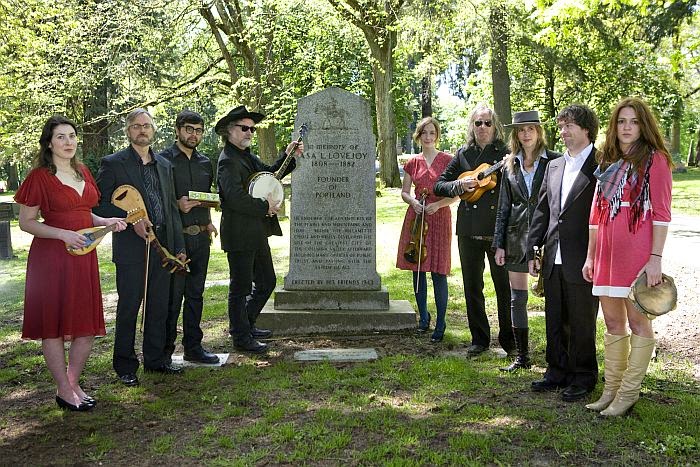 Record Day should be a national holiday. Though at least it's on a Saturday. And it is this Saturday.
Certainly the grandest Record Day release that I've heard about is The Minus 5's 5 LP box set entitled Scott the Hoople in The Dungeon Of Horror. That's all new material mind you, and all vinyl, in fact colored vinyl.  55 songs, 5 LPs, The Minus 5 - capiche?

Look here comes one now - "All The Trouble I've Made":

The Scott in question here is Minus 5 ringleader Scott McCaughey (The Baseball Project, Young Fresh Fellows, R.E.M.). The dungeon in question is apparently the home studio in McCaughey's basement where for the past two years, he's been bringing in band members (including Peter Buck) and various visiting musicians to record a new song or three. The Hoople in question is of course Mott the Hoople,  who are one of the The Minus 5's inspirations.

One more: "Adios Half Soldier":

It being Scott McCaughey, we can expect smart songwriting, elements of garage/jangle rock/punk/British invasion, with keen wit and superior rock'n'roll playing from the likes of Peter Buck, Steve Wynn, many of The Decemberists, and various Portland and Seattle all stars.

We'll close with an especially great one from Scott The Hoople in the Dungeon of Horror, "Blue Rickenbacker Guitar", done live at this year's SXSW, with the sublime Ms. Linda Pitmon on drums: