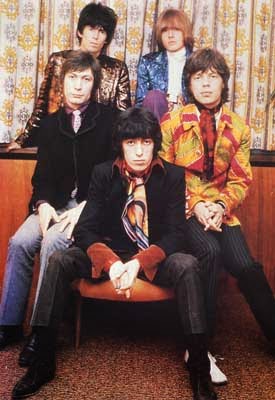 This week's Rolling Stones song, "Dandelion", has a killer chorus and overall great psychedelic sound. While it was released in 1967 originally as the B side to "We Love You", it became the far more successful single and essentially seized the A side status, landing on various singles compilations such as Through the Past, Darkly (Big Hits, Vol. 2).


The song's first appearance was in a 1966 on a demo called "Sometimes Happy, Sometimes Blue", with Keith Richards singing, leading to some belief that "Dandelion"was written by Keith, though that's never been documented. Here's that rough draft early version: