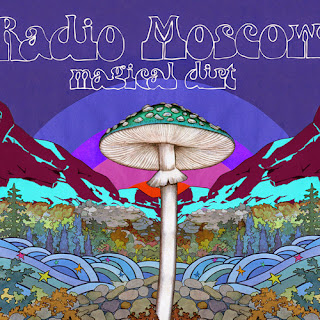 Radio Moscow is back... here's a hard-stomping, heavy guitar freakout "These Days" which will be featured on their next album, Magical Dirt. It's been a couple of years since their last album The Great Escape of Leslie Magnafuzz (WYMA review here), and Parker Griggs' voice and the psychedelic guitars sound better than ever.

They're heading over to Europe for the next month or so, then back to the states to support the album:

We'll have more here once we have had a chance to hear the album...