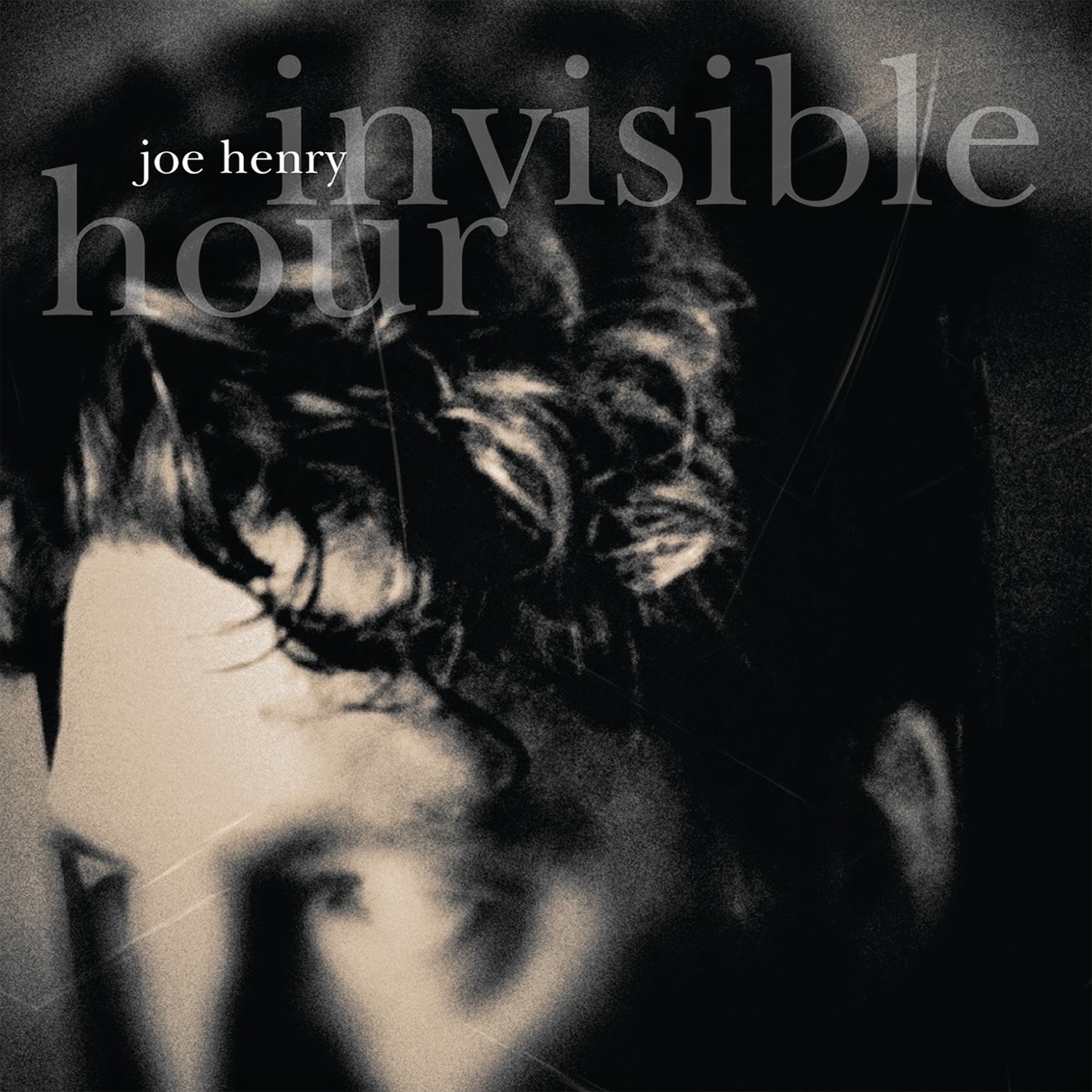 We are devoted Joe Henry fans here at WYMA, with deep respect for his records and the stellar production he has provided so many others (including Bonnie Raitt, Solomon Burke, Aaron Neville, Bettye LaVette, Billy Bragg, Over The Rhine, and far too many to list).  So it's especially exciting to see Mr. Henry release a new CD as satisfying as Invisible Hour, his 13th full length recording, and certainly one of the very best of his distinguished, albeit criminally under the radar, career.

Invisible Hour embodies every good idea and musical instinct Henry has ever had, providing both a step forward and a link back to his earlier beloved "Americana" period (Short Man's Room, Kindness of The World). This is the warmest and most accessible record Henry has made in a long time if not ever.

And that warmth stems directly from Henry tapping into what matters most to him - family. The songs deal with topics long explored by Henry -- faith, sorrow, longing, redemption -- but ultimately they focus on love and belonging. Henry reveals in the liner notes that the record addresses marriage "as a verb, not a noun.... Married describing what it means to truly live (not necessarily unfailingly) and abide within the moving frame of commitment: commitment to love, to forgiveness, to eternal doubt, to the courage of awareness."

Invisible Hour was made in a mere 4 days in the basement of Henry's house in South Pasadena with help from his horn playing son Levon Henry and a host of musicians and close friends with whom Joe has worked in the past.  Joe's wife was upstairs hosting the guests in their home. And at the risk of sounding corny, I have to say you can literally feel the love in the music.

The record starts dramatically: "It wasn't peace I wanted," Henry quietly but firmly declares to begin "Sparrow", Invisible Hour's gorgeous seven minute opening track, "so it wasn't peace I found." "Sparrow", like all 11 songs on Invisible Hour unfolds with grace, and doesn't rush or beat you over the head. Like  every track here, "Sparrow" uses space extremely well, more of it available than usual due to the complete absence of piano and keyboards which have been up front on recent Joe Henry records. The other new approach Henry takes on Invisible Hour is the prominent use of background singers, mainly Joey Ryan and Kenneth Pattengale (Milk Carton Kids), plus the sublime Lisa Hannigan (Henry having produced the most recent records by both artists). Also, for most songs here, Henry uses strictly acoustic string instruments (guitars and mandolin by Henry, Greg Leisz and British folk artist John Smith). But he foregoes the acoustic bass he has been employing and brings back Jennifer Condos whose electric bass brings a stronger bottom and a steady groove that everyone else can breathe into. Add the gorgeous, spacious and at times even playful saxophone and clarinet work by Levon Henry, and Joe Henry achieves a new sound for himself, the richest of any record he's ever created.

"Lead Me On" is the quietest song on Invisible Hour, just acoustic guitars and the soft harmonies of Henry and Hannigan. The entire record embodies this kind of understated beauty. There is a subtly seductive quality to Invisible Hour, much like Henry speaks to more literally in the song "Swayed" (previewed here at WYMA earlier), and the listener should lean into the record to experience that seduction.

Two songs here especially bowl me over - "Grave Angels" which dances along like a great Simon and Garfunkel song while Levon Henry's horn lines recall vintage Van Morrison records, and "Plainspeak", which has one of the biggest chorus' of Henry's career, a wonderful mandolin interlude by Greg Leisz, and the warm background vocals of Ryan and Pettengale. Both songs, like every one here except "Lead Me On", showcase the unique and stunning drumming style of Jay Bellerose, whose cymbals cascade and shimmy while the big drums march with drama and dignity, favoring well spaced deep sounds, nary a hi-hat or small tom tom to be heard. Bellerose adds so much texture to each song, reinventing how drums are used on what is essentially a folk music record.

Bellerose has elevated the many recordings he and Henry have created together, the two seeming to understand each other's approach to their craft exceptionally well. But the other secret weapon here is Levon Henry who enjoys somewhat of a coming out party on Invisible Hour. What I find particularly interesting is that even as a young guy, fresh out of college, he has such a distinctive style - not jazz exactly, not tried and true R&B horn lines, but swingin', adventurous and at times just plain fun. Bursting with talent, young Levon's creative playing adds personality to the record, truly lights things up.

And yet, despite all the wonderful music and singing, the elder Henry's vocal phrasing impeccable as always, ultimately Invisible Hour stands so tall because Joe Henry has such a remarkable gift with words. His work owes as much to his literary heroes like Alice Munro (for whom he wrote the song "Alice" here) and Colum McCann (who co-wrote "Signs" here) as it does his musical heroes like Bob Dylan and Duke Ellington.

So let's close here with a look at one song's lyrics in their entirety, "Sparrow", though these words, this poetry, are so much more fully heard in song -- you can and should listen to "Sparrow" here via a recent NPR feature:

It wasn’t peace I wanted
So it wasn’t peace I found,
I wouldn’t stand for reason
And it never would sit down.
The bird upon my shoulder
Has not one kind word to say—
My eye is on the sparrow,
But she looks the other way

REFRAIN
Carry on, and me away,
Hey, look alive— the end of days
And our very blood
Tastes like honey now

There upon the mountain
Is the shadow of a hand
Tugging at the stubborn mule
Now standing like a man,
And twitching like the phantom limb
Of this whole countryside—
Disappearing at the knee
And breaking now our stride
(RF)

I want time and bread and wine,
Sugar and a spoon,
I want for the hungry years
To be swallowed by this room.
I wait out your memory
Now singing in the trees—
I wait for one grave angel
And I know she waits for me

Invisible Hour is a beautiful and flawlessly executed record. I can't recommend it highly enough. And you can now stream it in its entirety at the First Listen feature at NPR's radio page, link here. But no one can digest something this deep and majestic via a stream or two, so please be sure to go buy this one.