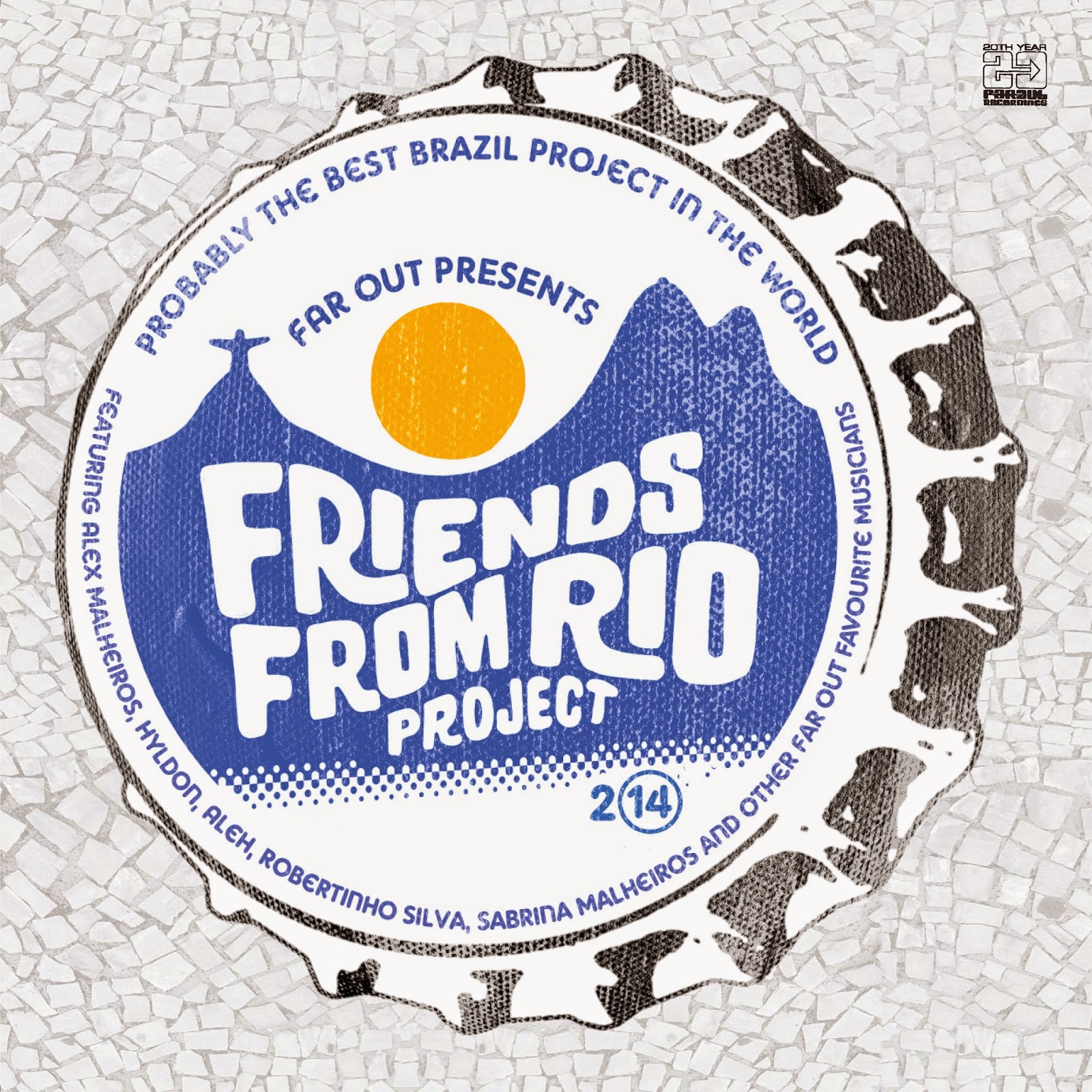 I have several reasons to love the Friends From Rio Project from Far Out Recordings.  First, I've long been fond of music from Brazil.  I love the tropical rhythms, intricate jazz-influenced melodies and tunes that translate well to the beach and the dance floor.  Second, Brazil is hosting the World Cup next month, and as long as our eyes will be turned to Brazil, it seems appropriate to devote our ears as well.  Finally, this collection is superbly curated.  Joe Davis' London label Far Out knows Brazilian music and for two decades has devoted itself to bringing it to the world.  This collection saves you from having to research the quality of numerous releases to get your fix of Brazilian music.  Let the experts serve it up to you.

The collection includes contributions from established artists such as Hyldon, Carlos Dafe, Robertinho Silva, Alex Malheiros and Sabrina Malheiros, but saves room for emerging talents as well.  A wide range of Rio's underground dance styles are represented here, and all are original compositions prepared for this album except for "Mas Que Nada", Jorge Ben's composition which has become universally known via Sergio Mendes & Brazill 66.  Everyone will have their favorites among the other tracks, "Vam' Bora (Suonho Remix)" is one of mine.  If I were DJ for a dance party in the near future, I'd be particularly happy to have  "Porta", "Veneno" and "Fogo No Chao".  For a World Cup game watch I'd reach for "Casino Bangu" and "Leite De Pedra", as well as "Mas Que Nada".

The party has already started in Rio, and this is your chance to catch up.  Friends from Rio is available in CD, vinyl and digital formats.