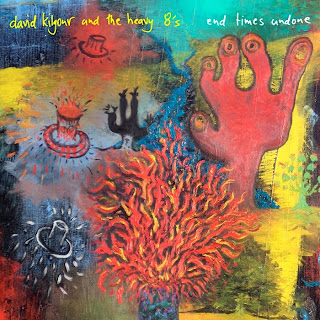 Great news this week - the new album from David Kilgour & the Heavy Eights, teased some time ago with the track "Christopher Columbus", is nearly here! (Well, August - but given that their last proper release was 2011's Left By Soft, what's another two months?) And he's sharing a video for another track, "Comin' On" - a laid-back, jangly piece of guitar pop perfection that's nearly 5:00 long.

The album's called End Times Undone - and based on the two advance tracks, I'd say Kilgour is at the top of his considerable powers here.

awesome news. david has been one of my favorite artists for decades!