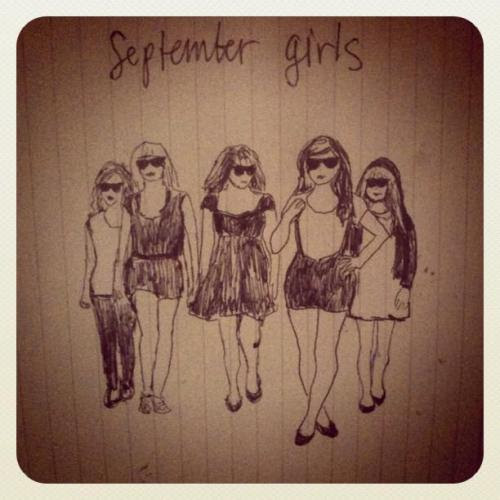 September Girls are five young women from Dublin, who are bringing their own version of fuzzy, reverb-drenched, garagey girl group sounds to the masses.  Today they are releasing their single "Wanting More / Secret Lovers.  Both tracks are provided below for your consideration.  I think it is charming stuff--give it a try.

The members of the band are Sarah, Lauren, Jessie, Caoimhe, and Paula.  The single is released on Soft Power Records, based in Livingston (Scotland), UK.