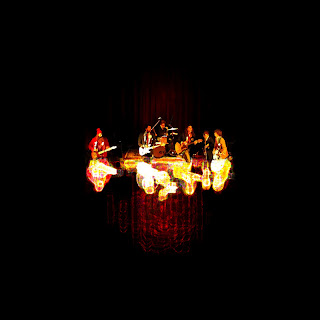 My first exposure to this Athens band, which is playing a nice mixture of country-rock with a lo-fi indie lean. Here's a promo video about their upcoming live album, Seney-Stovall (named after the historic church in which they played the show) that's featured on Oxford American. If you click through to the OA article, there's an opportunity to download the song "Megachills". And this is a good time to mention that the Oxford American puts together some of the best music issues I've ever seen from any magazine.

You can also stream their 2010 album Hampton's Lullaby here:

Here's a video from a previous EP, Megachills:

Country-rock kind of like Neil Young and Crazy Horse was country-rock. Meandering, loping, going easy into the sunset with pedal steel and piano, and then just blistering away with electric guitars. Highly recommended, and I look forward to hearing more from them.

Seney-Stovall is going to be in limited vinyl release for Record Store Day.
Posted by John Hyland at 4/18/2012