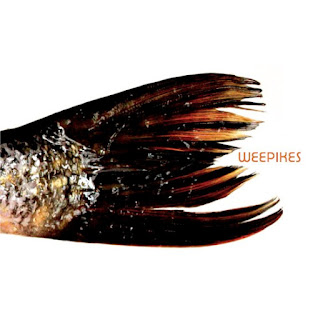 From Finland, by way of Miami, comes Weepikes.Weepikes proclaim their style of music "Pronk" which I suppose, can be interpreted to mean the place where prog rock meets punk. The band consists of Pasi Peni - vocals, guitar, Jyrki Lehto - guitar, Tomi Nuotio - bass and Ari Reiska Lehtinen - drums. They've got an interesting history, and they tell it best themselves:

Weepikes came to being in Helsinki, in 1994. The band was active for three years and called it a day in December 1997 at the 10th anniversary party for the legendary Bad Vugum label.


In the fall of 2010, it was decided that the Weepikes story needed another chapter. Except for the drummer, the lineup was the same. In late 2010 a message hit the band's MySpace inbox out of the blue and from across the pond. It was sent by legendary engineer/producer/musician Kramer, the man behind the Shimmy Disc label, part of bands such as Bongwater, Shockabilly, Ween as well as The Butthole Surfers, and producer for Galaxie 500, Low, Half Japanese, White Zombie, Urge Overkill and 22-Pistepirkko... among others. Kramer was full of praise for the band's EPs, released in the 90s on Bad Vugum and Trash Can Records, and wanted to work with the band. New songs were recorded in Helsinki over the summer of 2011. Kramer mixed and mastered them in Florida at his own Noise Miami studios. The fruits of this cooperative labor are available for all to hear in 2012. 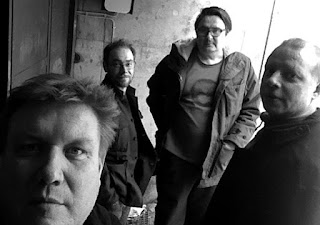 In conclusion, to have this arrive at a blog where Robert Pollard, leader of the Circus Devils, is quoted right on the masthead is serendipity. No other way to describe it. If any of the names in this post make you sit up and take notice, download and give this a listen and tell all your friends about Weepikes.

accelerates the blood to run in your veins!

Someone who likes awesome said...

The songs can be listened and bought here:
http://weepikes.bandcamp.com