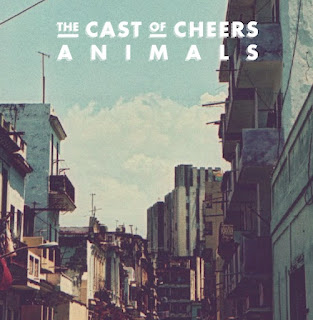 The Cast of Cheers is an Irish math-rock band playing a frenetic, skittering brand of music. They've got an album, Family, coming out in June, having already released a few songs. Here's a lead track, "Animals":

And here's an earlier song, "Family" - released back in January as a 7" single: