REVIEW: Of Monsters and Men - My Head Is An Animal 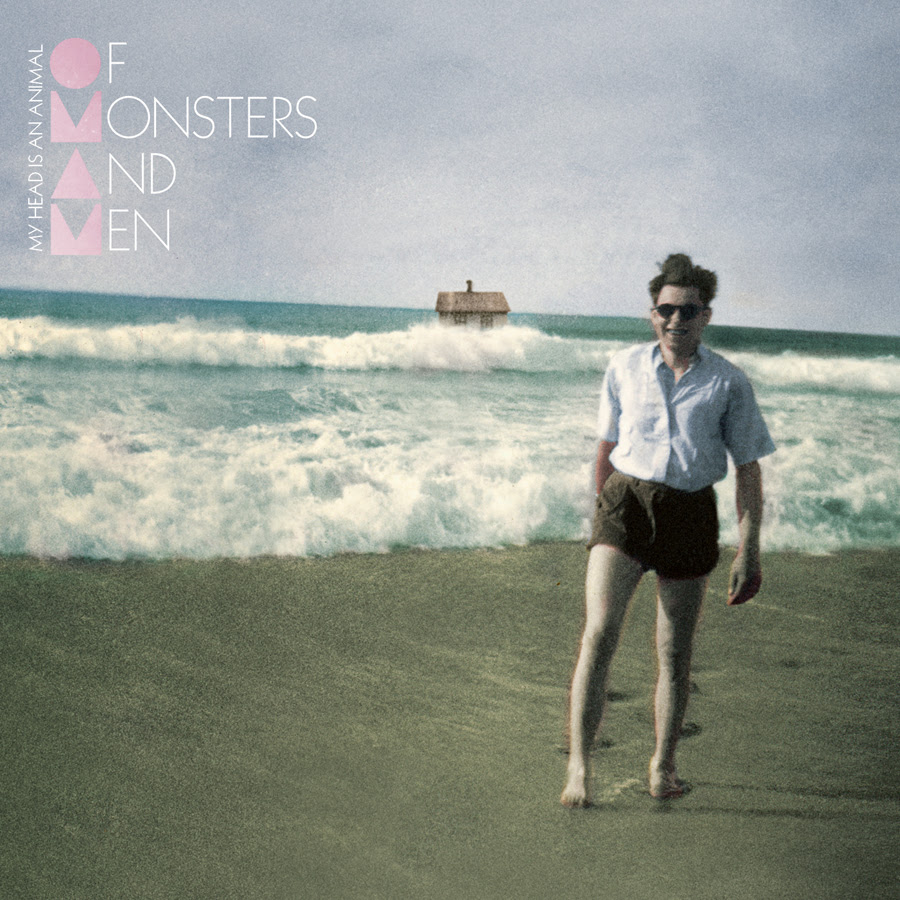 It has been posited that music often reflects certain regional characteristics. Such would explain the somewhat dusty, country-infused rock of the south, the sunny, blissed-out indie of California, and the murky grunge of the rainy Pacific Northwest. If that theory is valid, then working on reverse from the music on My Head Is An Animal by Of Monsters and Men, Iceland is a wonderfully different and magical place. A place of diverse elements of equal influence, such as fire and ice, seas and mountains, that are accepted rather than resolved. Reflecting their place of origin, the album's 12 songs range between alternative folk rock and anthemic indie pop, loud and soft, happy and melancholy. And all of it sounds somewhat familiar but also somewhat delightfully new. The familiar is the swelling sonic wave of Arcade Fire, the energy of Edward Sharpe and The Magnetic Zeros, the intricate quirkiness of The Magnetic Fields and the delicacy of Fleet Foxes. What seems new is the way the band stitches it together to make a statement that seems uniquely their own. The female/male vocal interplay, rustic instrumentation, soft/loud dynamic and melancholy lyrics set off by joyous melodies aren't new inventions, but it all sounds organic, fresh, unforced and utterly sincere on My Head Is An Animal.


Of Monsters and Men is based in Reykjavík, Iceland, and its members are Nanna Bryndís Hilmarsdóttir, Ragnar þórhallsson, Brynjar Leifsson, Arnar Rósenkranz Hilmarsson, Kristján Páll Kristjánsson, and Árni Guðjónsson. My Head Is An Animal is their first LP, and is released on Universal/Republic. However, the band already has gained quite a following. Favorites of the staff at taste-makers KEXP, and fresh off SXSW shows, the band commenced a massive 31 show tour of North America and Europe on March 20. As of this post, twenty-two of those shows already are sold out.

"King and Lionheart" begins as a simple folk song, but around the 1:37 mark it takes off for the clouds and takes you for a ride you won't forget --


My aim in this blog is to search for music that speaks to me and share it with readers who share my tastes and perhaps don't have the time or inclination to search themselves. I do not intentionally set out looking for "the next big thing". But I also can't ignore the possibility that Of Monsters and Men is the next big thing. And even if they aren't, they are great fun, and very, very good. The opening track of the album is "Dirty Paws" --

Our closing note is the lovely "From Finner" --

My 12 yr old daughter and I saw them 2 wks ago in the afternoon at a free radio station promotional show here. Announced that morning and club was so packed it was insane.
They have a delightful stage presence and she is a terrific singer.
We had a great time.