REVIEW: The Woodentops - Before During After 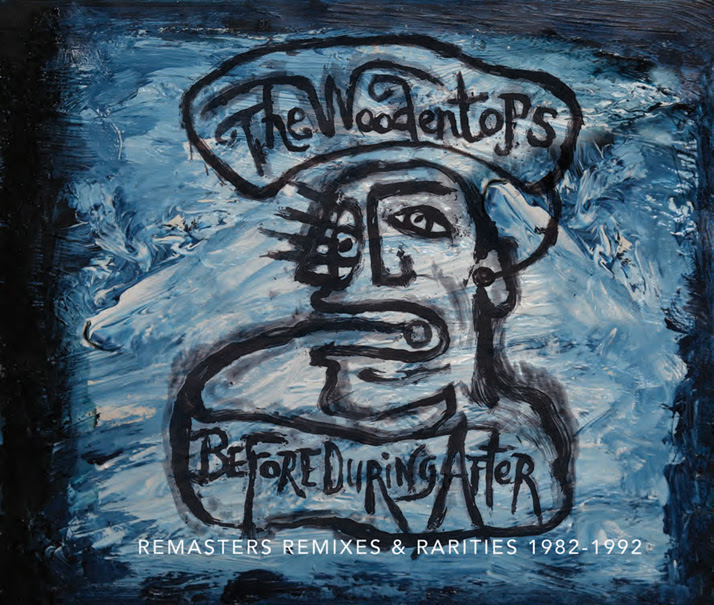 We all know that there are certain levels of prayer.  Among the categories would be "please cure my sick relative", "save me from the rushing mountain lion", and "don't let the IRS audit my business deductions from last year (and I promise never to do that again)".  Admittedly, the first and second could switch positions depending on your generosity of spirit, the closeness of the relative and your ability to distinguish among breeds of cat.  In any case, when confronted with such worthy candidates, a prayer along the lines of "could we please get a compilation for The Woodentops" seems to lack gravitas.  But living in the moment, I don't have a sick relative or a current mountain lion issue, and the deduction claim wasn't all that bad in hindsight, so I have been hopeful that the business about The Woodentops could get on the schedule.  Fortunately for me, the spirit has worked through the good folks at the One Little Indian label, and they have recently released Before During After - Remixes Remasters & Rarities 1982-1992.  And at 52 tracks on three CDs, it is a treasure trove for fans.  The set includes their two studio albums, Giant and Wooden Foot Cops on the Highway, fully re-masterd, plus remixes, live versions, and alternative versions.

The Woodentops were founded in London in the early '80s by Rolo McGinty.  Unusual for that time, their music was based on rhythms, often Latin and African, with an emphasis on percussion.  They also were early adopters of electronic frills, and the result was a musical platform that spanned from punk folk to pop to dance music.  There is a reason why industry fans included indie popsters such as Morrissey and John Peel, reggae/dub master Lee Perry, and electronic wiz Adrian Sherwood (who remixed several of the 'Tops' songs).  In addition to percussion (toms, kicks, snares, wooden blocks, cowbells) and vigorously strummed acoustic guitars, accordions, trumpets, marimbas and electronic samples found their way into arrangements.  The Woodentops deserved a bigger audience then, and they deserve a bigger audience now.


"Love Affair With Everyday Living" showcases the importance of rhythms to The Woodentops' music.  Here is a live performance --

Nice to hear about this band again. I was quite a fan in the 80's, and they were very popular in France and Switzerland where I was living at the time.