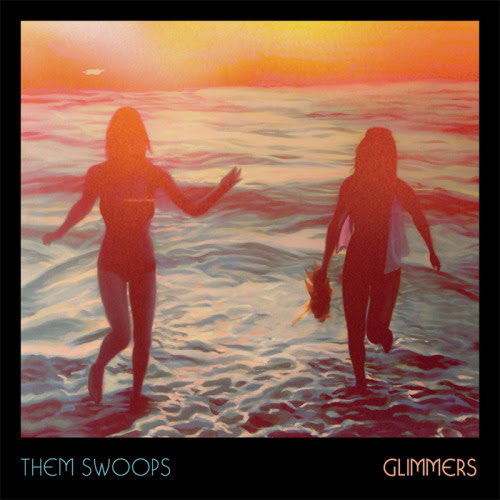 Them Swoops is a Melbourne band playing up-tempo guitar and synth pop.  Founded by Dave McGann and Chris Goff and currently a five-piece, their number has varied in their short existence.  In 2012, they released "Work Around It", which has been well received in Australia and internationally.  Last week their Glimmers EP was released in Australia.  It will be available to the rest of the world in mid-July on New York's +1 Records.  The band also will perform at the CMJ Music Conference in New York in October, and may add other US dates.  The guys have talent, and they just may be what you are looking for in summer tunes.

"Rollerstate" is track three on Glimmers --

"Too Fast For Love" was released as a single --

Their first demo, "Work Around It" --