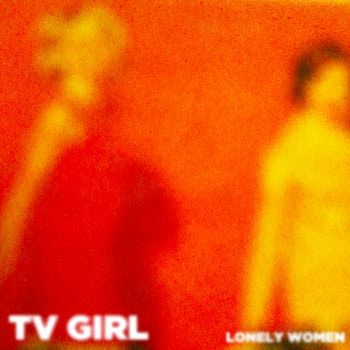 TV Girl are Trung Ngo and Brad Petering, although long-time readers of this blog need no introduction as we have stalked the musical journey of this Southern California duo for a couple of years.  Some of my most loved music of that period were from free mixtapes Trung and Brad shared with their fans.  The guys are catching on to capitalism, however.  In addition to producing the new album from Coma Cinema (review to come soon), they have released the five track Lonely Women EP and audaciously are even charging a little money for it.  On sure, you could turn your back and look for other free music, but the problem with that approach is that these guys are very talented.  They write excellent hook-filled songs with engaging melodies, biting lyrics and delightful sonic bits of flair.  So I (almost) humbly suggest that you stay on the TV Girl bandwagon for a while longer.  The world is much better place with these guys making music rather than, say, making you a sandwich, fixing your Mac at the genius bar, or hacking your phone records for the NSA.

The theme of the EP is clear from the title.  It begins with a humorous take on a women who, well, the title says it, "She Smokes in Bed"--

The second track is about "Laura", who seems to be a non-girlfriend who nevertheless is under the narrator's skin:


Well I’ve been sitting on this couch
Feeling kinda bored and uninspired
Writing thinly veiled fiction for the soul
And feeling like a liar
I’ve been thinking about you, Laura
And thinking about the songs that you sing
And how you sang with such conviction
I almost forgot they weren’t for me
And I know you’re from another planet
And you’re crazy as a loon
But it’s too cold down here on Earth
To go up on the roof
But I’ll feel a little less alone
When I’m sitting in my room
Writing songs about you

The third track, "My Girlfriend", addresses a depressed girlfriend.  Track four, "Easier to Cry", focus on a lonely women's sadness, but in TV Girl's hands it still sounds damn good --

And if you want to see just how pointed the lads can get, try the lyrics to "Melanie".

Support TV Girl, they deserve it.  Stream and buy at the Bandcamp link.