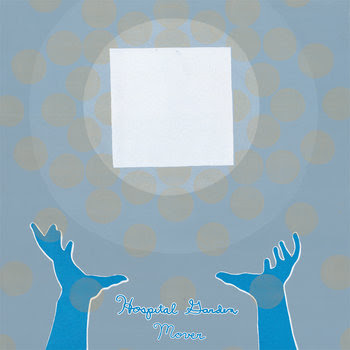 Hospital Garden is a Chicago hard rock band. They have an aggressive approach, a heavy rhythm section, and wailing guitars with feedback, and two good rock vocalists - one male, one female. The group consists of Lucas Hollow on guitar and vocals, Sarah Carey on bass and vocals and Erik Rasmussen on drums.

Here's a video for album track "What To Do" - Hollow and Carey do a nice job harmonizing on the vocals and this one's at a little bit more measured pace than some of the other tracks (but with plenty of guitar noise):

Here's another vocal by Hollow, "Half of It":

In their music there are echoes of a lot of good indie rock bands (Sebadoh, Eleventh Dream Day, Pixies, to name a few that I hear). Mover was released a few weeks ago (May 21) on Forge Again Records.