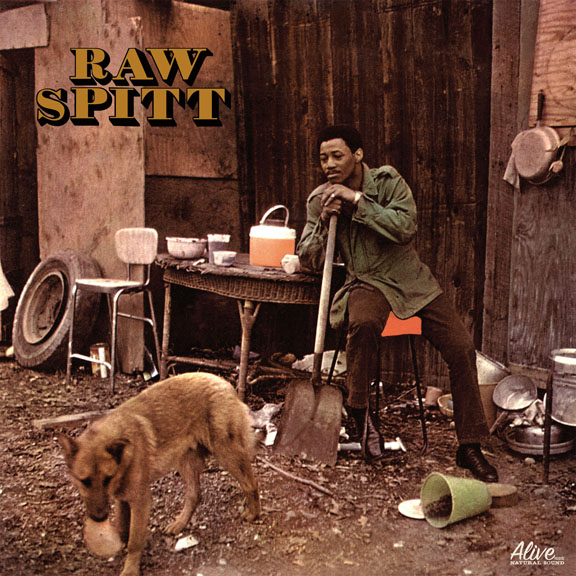 Alive Natural Sound Records continues to reissue music I thought had been lost forever.  Today's release is the Swamp Dogg (reviewed by WYMA  here, there and everywhere) produced Raw Spitt by Charlie Whitehead.  Swamp Dogg's acerbic wit and naked irreverence made it difficult for any of his productions to gain airplay on black radio stations, let alone on the mainstream airways.

"Offbeat" called Charlie Whitehead (aka Raw Spitt) "The greatest unknown soul artist of all time."  The term "greatest" is overused in music and generally is a warning that a major hype is about to take place.  Most of the time the artist is neither great nor unknown.  Too often the reason the artist is unknown is because they are, at best, competent, not great.  Charlie Whitehead is both great and unknown.  His time in the spotlight was so ephemeral that he cannot be considered as merely "forgotten." I remember a drive from the North to Florida where I was treated to an AM rendition of two songs:  "I Dig Black Girls" and "Call me Ni***r." Both featured a great tenor voice, classic Southern Soul horn arrangement, gospel backup, and a loopy keyboard backup which sounded like Booker T on acid.  It was played on WDIA - the classic soul station in Memphis. 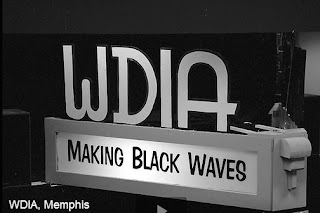 WDIA's 50.000 watts of clear channel was my early morning go to for the latest in Southern and Country Soul.  I would get to hear the latest from Stax first on WDIA.  I never could find out who recorded these songs.  I would walk into record stores and be greeted with incredulity when I described the subject matter or my "remembered" titles of the songs.

I had forgotten about these songs until I was treated to an advance copy of Raw Spitt.  I was immediately taken back over 40 years in the Soul Time Machine.  Classic southern soul with tinged by the Dogg's sociopathic distrust of mainstream society.  It stands the test of time.  The original recording has been remastered and expanded to include 5 new songs.


Here is one of the songs I heard while screaming through the hills of Kentucky in the Spring of 1971.


So fre your mind, lace up your dancing shoes, get your freak on and order Raw Spitt today