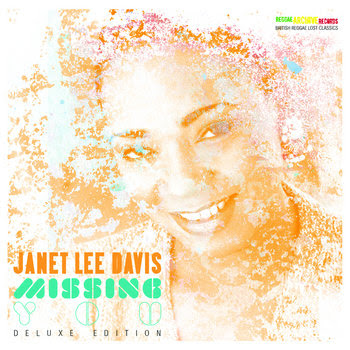 After a long period in which it was out of print, Janet Lee Davis' Missing You is again becoming available courtesy of Reggae Archive Records (CD and digital download) and Fashion Records (digital download).  Janet was a highly lauded reggae artist in the UK in the '80s and '90s, and her 1994 release for Fashion Records, Missing You, was widely considered one of the best "lover's rock" albums of the decade.  This reissue is a deluxe edition, containing 20 tracks in all: The original album, plus five bonus tracks.

The material on Missing You hits on all cylinders.  The rhythms and arrangements are first class, the production quality and supporting players are worthy of a classic album, and most of all, Davis' voice. Possessed of power and control, when Janet sings that she's missing you, you feel her pain and a twinge of guilt.  And when she complains about the girl you have on the side, you consider apologizing even though you've never met the lady.


For a fan of the lovers rock style of reggae, this album ranks as a "must have", and even a casual fan of reggae is likely to find Missing You one of the most played reggae albums in his or her collection.  But I'll take a further step and suggest that this album so accessible and and of high quality that any fan of pop music should consider it.

And this track, "Do You Remember", on 'too late to turn back now' rhythm, is one of my favorites --

Janet Lee Davis deserves the re-issue treatment, and she is getting it in fine style.  The album is available from the links below from June 17.