Friday Nuggets - "I Need You" The Kinks (and The Rationals) 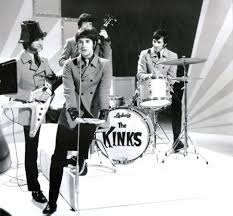 If we wanted to be honest and present the very best '60's garage rock songs for our weekly Nuggets feature, we'd be presenting a Kinks song nearly every Friday. The British legends spawned entire continents of imitators, and they in many ways defined the garage rock sound. Plus they wrote better songs than just about everyone else.

I grew up in Detroit thinking the song belonged to local band The Rationals who had a regional hit with it in the same year. This version appears on the compilation that inspired this weekly feature here at WYMA: