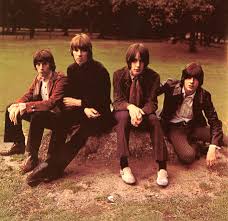 Todd Rundgren was just 20 in 1968 when his band Nazz released its first single "Open My Eyes". It was a minor local hit in Boston and a few other markets. But then one day a Boston DJ flipped the record over to play the B Side "Hello It's Me", which to this day remains the most recognizable song in Rundgren's long and distinguished career.

But let's not overlook "Open My Eyes", which is a perfect example of the '60's garage rock  / psychedelic sound.

Fantastic - I love this song! I never knew it was a single with "Hello It's Me" on the b-side. The Nuggets professor strikes again...