REVIEW: The Breakup Society - So Much Unhappiness, So Little Time... 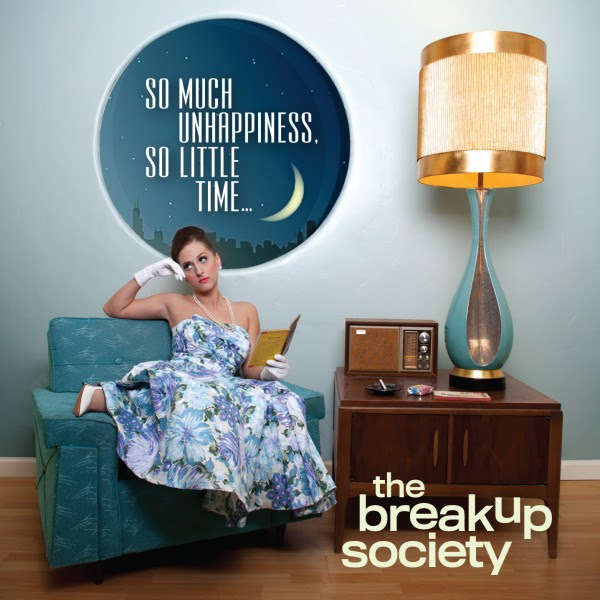 Ed Masley, singer, songwriter, and guitarist of Phoenix and Pittsburgh's The Breakup Society, has been writing some of the best hooks and lyrics in rock since, at least, the early 90's.  From the early days of his previous band, Pittsburgh's The Frampton Brothers, through The Breakup Society's 2004 masterpiece, James at 35 (which remains near the top of my best of the 00's list) and 2007's Nobody Likes a Winner, Masley has consistently rewarded listeners with addictive and unforgettable melodies, thoughtful and witty lyrics, and characters whose stories are compelling and, frequently, heartbreaking.  The Breakup Society's new release, So Much Unhappiness, So Little Time..., is no exception and is an early 2013 "must have" record.

From the opening title track through the thundering epic sadness of "She Doesn't Cross Against the Light," So Much Unhappiness is just about everything that is great about rock and roll (which, to me, can pretty much be summarized as follows:  catchy melodies, guitars, memorable lyrics, guitars, a great drummer (in this case, Bob Hoag), and an occasional piano and bittersweet love song.)  With elements of Elvis Costello, the Zombies, and the Kinks, and even bits of the Beatles, each track draws you in quickly and then rewards you for sticking around and paying attention.

The title track kicks things off with a surprisingly not completely unhappy message:  "love is all around you/would have found you/but its also blind/and you'll find/that only you can leave your tears behind" and reminds us "don't let the good times slip away."  The second track, "Your Invitation to Quit," (video below) is a pounding and bittersweet breakup song which is equally relevant to the breakup of a band (like, maybe, The Frampton Brothers) or of college sweethearts.

Other standouts include the John Wesley Harding co-written "The Way We Weren't," power pop anthem "Here Comes Floyd," and the sharp and biting "He's Supporting the War," which takes us on a ride through the mind of that guy at the bar who is "supporting the war and every mother who's lost/the little baby who used to say "I love you" every day/and he's accepted the cost."

Learn how to get a song on itunes at ReverbNation.com


I know it's only January, but given its consistent quality from start to finish, I have no doubt that So Much Unhappiness is and will remain one of the year's best and most entertaining records.
Posted by Richard Victoria at 1/18/2013

Welcome to WYMA Rich. Glad you are here.