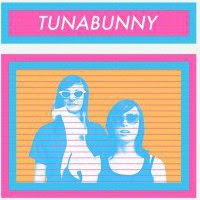 Tunabunny is a band from Athens, GA with a funny name and two female vocalists (Brigette Herron and Mary Jane Hassell), playing guitar-based, free-form jazz-influenced postpunk... that's a stab at a "genre", but it's rare that a band will be able to call to mind influences as diverse as The Pixies, Captain Beefheart, The Breeders and Sonic Youth - all in one record. Their debut, Genius Fatigue, is out Tuesday (Jan. 29) on HHBTM Records, and is highly recommended.

I featured them a while back, when I first heard them - happy to see that the album is getting released. For the hard-rocking side, check out "Duchess for Nothing":

Check out the great guitars on "Form A Line":

Heck, there are great guitars throughout this record.