Introducing: Night Engine, and single "Seventeen/Treat Me Like A Baby" 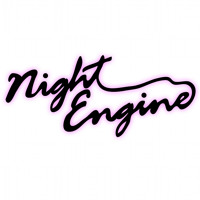 What is Night Engine?  The simple answer is that it is a promising young UK band with a new upcoming single "Seventeen/Treat Me Like A Baby".  The more complete answer is that this really is a band to follow.  Their music has the intensity and grit.  There is a bit of Bowie, a bit of Talking Heads, a bit of Josef K, and maybe some Fire Engines.  Rock for the urban noir, then, with a bit of funk undertones to give it some swing.

The members of the band are Phil (vocals & guitar), Dom (keyboards & vocal), Ed (bass & vocal), and Lee (drums).  The single will be released on February 18, but you can download "Treat Me Like A Baby" free at this link right now.   Night Engine will be touring the UK with Kaiser Chiefs in February and March.