The Blips - The Blips 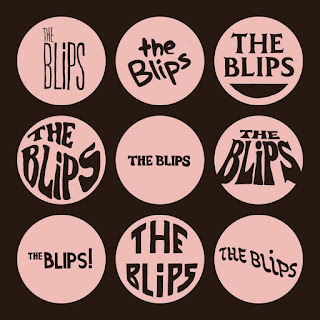 The name of this band and their debut record is The Blips, and that would seem to imply something small and insubstantial. It’s worth noting that while several of the songs here are short and uncomplicated, it’s  an enjoyable trait that does not detract from what is really a substantial new rock record. Sometimes you want rock songs short, uptempo and — on to the next one. These guys deliver. On the lead track, “Inside Out”, you can even barely hear a Ramones “1, 2, 3, 4!” at the open if you turn it up (which you should) — enjoy:

A Birmingham, Alabama consortium of session players and lead men recruited for this project by guitar player and songwriter Will Stewart, they’re playing pop/punk with a Southern flair. Check out the twangy Southern rock guitar on “Walking Home” thrown in there with the punk backbeat, snotty lead vocal and breakneck tempo:

I love the barely controlled chaos as all the guitars come together at the end of that one. I find it impossible to believe that they just sort of threw this band together - it’s the kind of controlled chaos you usually attribute to a bar band that’s been jamming and shutting down roadhouses together for years and years - the kind of band that might have in their repertoire a version of "Wild Thing" everybody can step and jam on, and shout out the vocals together. Well, like this:

This is a really fun record.

The Blips at Cornelius Chapel Records