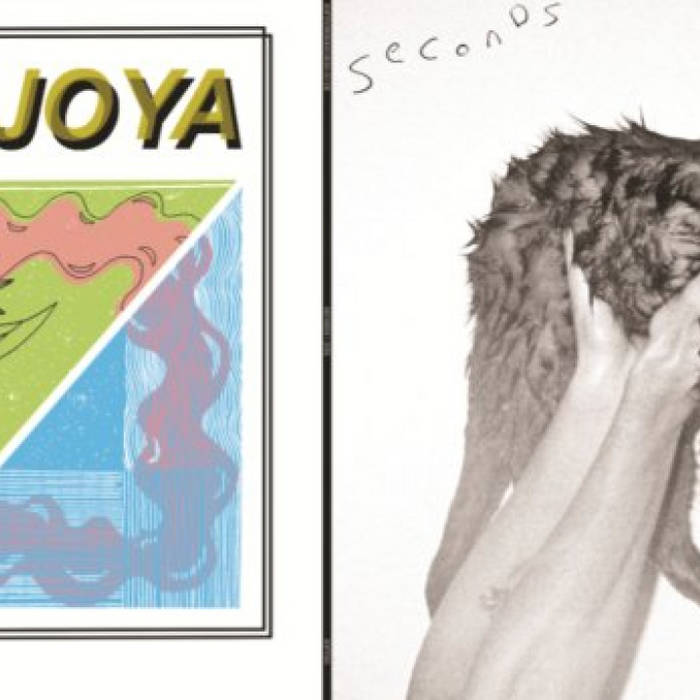 No parent likes to make choices that favor one child over another, and I imagine it is the same with ethical label bosses as well.  So we applaud our friends at Soft Power Records, who resolved the dilemma of whether to release an EP from Glasgow band Seconds or London band JOYA by releasing both.  At the same time.  On the same record.  So world, welcome the Seconds/JOYA Split LP.

Seconds are Hillary Van Scoy, Josh Longton, Richard McGowan, and Joan Sweeney.  Some or all of the players have been on these pages before, but in other projects such as Aggie Doom and Blood of the Bull.  As Seconds, it was love-at-first-song ("Crawl Space") for me.  Propulsive drumming, throbbing bass, vamping keys, snarling guitar bursts and chanted female vocals.  The themes are smeared portions of grit, darkness, lust, longing and sweetness.  There is nothing shy or restrained about their six contributions, and nothing subtle about the music's affect on your limbs.  You simply cannot sit still for these songs, and you'll likely play them more than a few times.  Without a doubt, this is a band I want to see live.

On their half of the album, JOYA produce an appealing brand of straight ahead, 90s-style guitar rock with some slacker vibes.  You know the types, they never appear like they are trying real hard while they do what they do better than you do.  Don't hate them, it is their burden to live up to their promise.  This band is very versatile, and has a bright future.

Half the tracks are available to stream below (I couldn't resist), and the entire album can be heard at the Bandcamp and Soundcloud links.  However, don't think long about this one, as the LP is only available on vinyl, and there are only 250 copies.