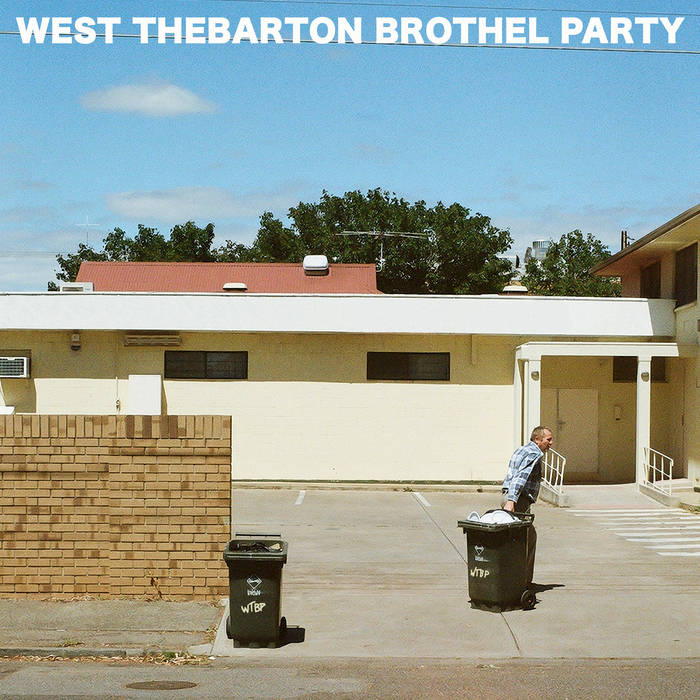 It is the weekend, so it it time for a brothel party; specifically, time for a West Thebarton Brothel Party EP.  I learned of this band via "Misophonia", a kick ass garage anthem about the condition of not being able to tolerate certain sounds.  I then was overjoyed to discover that the song was but one of six on the debut EP from West Thebarton Brothel Party.  And although it seems to me that the referenced condition could be quite troublesome, I assure you that none of the songs will invoke the malady in any of our readers.  Loud, fuzz-soaked garage driven by multiple guitars, inspired gang percussion and on the edge vocals (a bit of Glasgow's Mummy Short Arms on that score, which is a compliment Ray), the edge-of-chaos vibe leaps from the speakers.

The EP comes out of the gate racing with the grand fuzz track "Billions".  By the time I was part way through the following "Chemotherapy", I was crediting the band, producer and engineer for creating a set of songs that captured the energy of a live performance while still providing decent fidelity.  The third song is the previously mentioned "Misophonia", which is my anthem for the summer, and thereafter until some other song manages to take it down.  "Touchy Feely" is all fuzz, noise and energy and if you can't shout, you can't play along.   "Two-Bit Loser" is a gritty blues jam that I expect is an absolute crowd-pleaser in live shows.  The EP closes with an ode to cricket player "Glenn McGrath".  And in case you are wondering, it is the kind of ode that produces smiles, not tears.  You may, however, shed tears if you don't get this record and you find yourself a bit short of appropriate music for your next party -- or your next tailgater.

And as a bit of housekeeping, if my wife is reading this I've never been to a brothel party and I have no idea who Ashley Madison is.


West Thebarton Brothel Party is out now via Mirador Records in digital and 10" vinyl formats.  Hit the Bandcamp link below for details.