Smile - The Name of This Band Is Smile 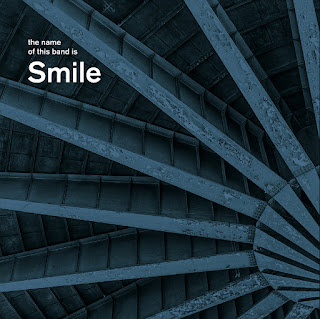 Turin is the center of Italy's auto industry, and the home of famed football/soccer team Juventus. It also happens to be the home of Smile, a four-piece indie band. Their debut album, The Name of This Band Is Smile, proves them to be an energetic group with influences favoring '80s and '90s American indie rock. Their sound ranges from an early R.E.M style jangle, as typified by "Try", to a noisier sound represented below by "How The Race Is Done" and "Broken Kid" (our ears detect a bit of The Replacements on the latter). In fact, there is a good bit of punk in the delivery of many of the songs on this album. The combination of the aggressive punk attitude, the post punk guitar sound and a bit of jangle make this album a winner.