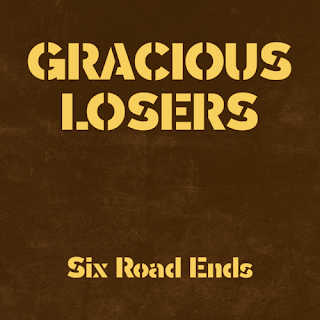 Normally a nine-piece band, Glasgow's Gracious Losers bucked the pandemic trend for stripped-down set ups and assembled 15 players to record their second album, Six Roads Ends. Comprised of worthy musicians from other groups, Gracious Losers cross genre boundaries and blend Celtic folk, folk rock, psychedelia, country, pop, and Americana. And with 11 tracks, the album gives the listener a taste of all of those. Moreover, the tracks include a versatile offering of restrained but powerful songs for a quiet, rousing stomps appropriate to get the entire audience dancing and singing along and a few that are in-between. The sound of The Gracious Losers evinces sincerity and warmth and is sufficiently distinctive that we would be hard-pressed to find it elsewhere. But why would you look, when it is all right there on Six Roads Ends.