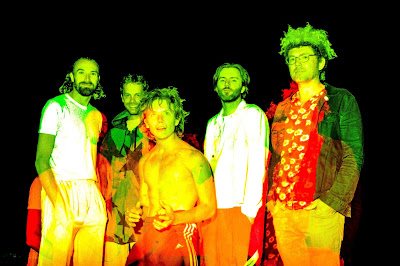 Well, well, well, this is a fine way to get fans to pay attention to your upcoming tour. Australian psychedelic rock five-piece Pond are going to tour western Australia soon. But with that announcement they have released new single "Pink Lunettes". With a locked in, tribal groove this song is a relentless adrenaline rush verging on the edge of chaos. With over a decade as a band and eight albums to their credit, this wild bunch proves they still have the magic

"Pink Lunettes" is out via Spinning Top Records.