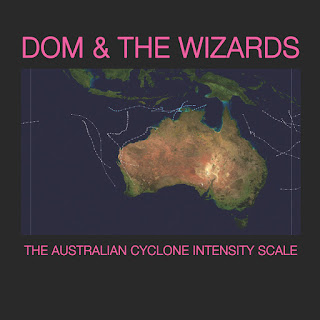 We're off to see the wizard, the wonderful wizard of ... well, to be precise, we are off to hear the wizards, the wonderful wizards of Adelaide. And admittedly, there is no Emerald City and not a munchkin in sight. However, the imagery The Australian Cyclone Intensity Scale is as weird, wild and delightful as anything in The Wizard of Oz, and the music is far, far better.  The work of Dom Trimboli, headman of the incomparable Wireheads and a few co-conspirators of similar left-field reality recording as Dom & The Wizards, this is a set of songs composed in technicolor and sketched out in fevered dreams that would make Hunter Thompson proud. There is plenty of pop smarts injected into a Syd Barrett aural landscape that is adds up to a thoroughly enthralling listen. Scott thinks that this will be one of his top ten albums of the year.