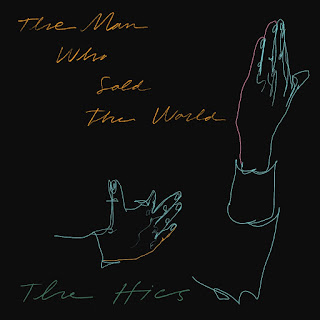 We’re happy to be able to tell you about this upcoming David Bowie tribute record, including covers by The Hics, Helado Negro, Khruangbin, We are KING and a host of other artists recording alternative versions of some well-known and some lesser-known cuts from Bowie’s oeuvre. As one of the Bobs put it so well, we celebrate the guy's entire catalog. Here is “The Man Who Sold the World” by The Hics. It creates a whole new mood around the song, sort of a low-key spy soundtrack feel:

BBE Music · The Hics - The Man Who Sold The World
And here is "Sound and Vision" by Helado Negro, a fairly catchy Latin-tinged slow and easy hip-hop track that highlights the melody of the original song while creating a new way to think about the lyrics of this 1977 Bowie classic. I like the idea of including this one in a jazz/hip hop/electronic music collection - Bowie was trying some new stuff on Low at the time, and this feels pretty true to the spirit:
Finally (I'm just catching up) here is We are KING playing "Space Oddity" - a stretched out electronic version with breathy female vocals that ramps up the volume and layers in more sounds as it builds. Because the song's so well-known and loved, a cover would have to be pretty different, and this one is.
So hopes are high for the rest of this record. Definitely looking forward to the Khruangbin track.  The album is due out May 28 on BBE Records.
BBE Music Website
The Hics Facebook
Helado Negro website
We Are KING website
Posted by John Hyland at 4/27/2021