“Season of the Witch” by Sunset Lines 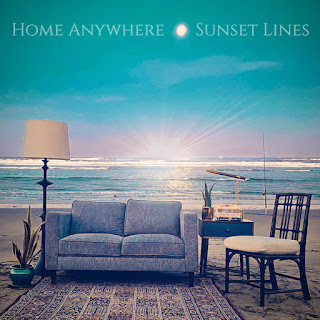 First of all, this is not THAT “Season of the Witch”, it’s a new pop track from San Francisco-based Sunset Lines. It’s not a heavy psychedelic track; in fact it’s light, airy and catchy. Especially notable is the way they build the music around lead vocalist Liz Brooks (who also writes). This is part of an EP due out May 14.

In addition to Brooks, Sunset Lines consists of co-founder Paul McCorkle, Scott Smit and Ben Manning. McCorkle and Brooks started this project together after another band they were in broke up, and that seems to be a good thing - they have an enticing musical vision, and Brooks definitely has some things to say in her songwriting.
Sunset Lines - Link to Pre-order
Posted by John Hyland at 4/30/2021