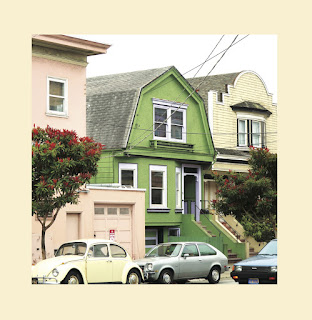 The Reds, Pinks & Purples is the project of Glenn Donaldson (of Skygreen Leopards and Art Musems), who wrote, recorded, sang and played most of the instrumental parts of Uncommon Weather. The album closely follows the release of his 2019 mini-album You Might Be Happy Someday, which many of us fortunate to hear felt was one of the insufficiently heralded indie pop triumphs of that year. In many ways, this album is more of the same, only with more, and in my view, even better songs. The pairing of melancholy and heartache with sublimely melodic music is not an atypical approach to an indie pop song. But the difference between 'been there before' and 'head of the class' is all about execution. On Uncommon Weather the listener is treated to songwriting that pulls no punches in delivering the melancholy and heartache, and arrangements that reveal a mastery of all of the details and nuances of a great pop song. And the two prongs compliment rather than detract from each other. The lyrics give the lovely arrangements depth and an impact beyond the final note, and the music reminds the listener that there is always life to live and the potential of joy elsewhere and down the road. Glenn's vocals deserve special mention. They are high enough in the mix to leave no doubt about the raw feelings and disappointment. However, rather than spit out the lyrics like an angry and recently scorned lover, they are delivered with a sincere weariness and resignation. The lasting effect of that approach is that the singer-songwriter isn't playing a part in a work of art, but rather revealing his reality. That packs a meaningful punch.

Uncommon Weather is out now via Slumberland Records. You owe it to yourself to get a copy.