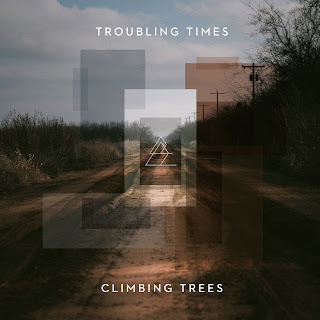 We think that Climbing Trees is the first band from Pontypridd, Wales that has featured on these pages, but it isn't because they had not been worthy. Listening to past songs from their albums and EPs reveals an accomplished group of musicians with a gift for creating spellbinding pop and alt country tunes. After a several year hiatus, they are back with a new single titled "Troubling Times". The song soars in multi-textured splendor, and we think it is a good introduction to the band's music.

Climbing Trees are Matthew Frederick, Colenso Jones, and Martin Webb. "Troubling Times" is out as a digital single on April 30 via Staylittle Music.