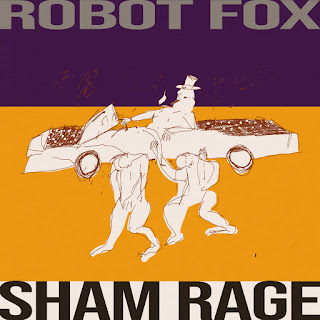 We are clear on our mission. The heading of our webpage says "This is not music criticism. On this blog, you will only read about music we like." And that doesn't necessarily mean that we didn't like submissions that we don't cover. At this point there are only two of us (and for the past several years, it was only me), so we just don't have time to write up all the good music. So, given our mission you know that we think that every record we write up is worthy, and we hear a lot of really good music. However, there are times when we are impressed well beyond the normal range when we listen to a new song or album. You know, the sort of reaction where you sit still for a moment, and then say "wow". And that brings us to Sham Rage by Melbourne band Robot Fox.
Wow. Just wow.

Of course, it wouldn't be fair to stop at 'wow', although we sincerely suggest that it should be sufficient. So what do we have here? We have psychedelic pop in its broadest and truest sense. There are intriguing songs and free form arrangements which manage to stay on the right side of the chaos line while blending '60s psych, '70s soft rock, '80s post punk, and a dose of music hall sing along. In addition to the standard guitar, bass, and drums, there is flute, sax, and piano. Singing and spoken word deliver the lyrics and jazzy breakouts and unexpected changes abound, sometimes overlaying other segments. It all hangs together because the craft is superb and the trip we go on with the band is a truly delightful ride. It all adds up to a top ten album of the year to date for me. And by the way, wow. 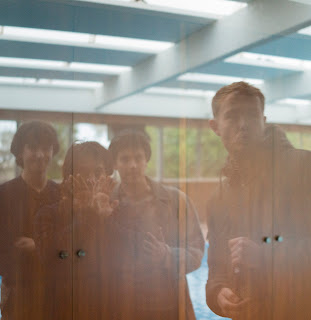