The Soul Corner - The Chambers Brothers "Time Has Come Today"

Here at the Soul Corner, we love that place where soul music and rock'n'roll meet, as highlighted by artists and songs featured on many previous Fridays - Solomon Burke, Sly and the Family Stone, The Tempts' "Can't Get Next to You", etc.

One of the all-time great rock and soul jams is "Time Has Come Today" in all its 11 minute, psychedelic, LA, freak out, funky cowbell glory:

The song was recorded live in the studio in a single take and became a smash hit in 1968. Since then it's been sampled and used in more than 100 movies, TV shows and ads. Yet the Chambers Brothers never saw much at all in the way of royalties due to the shady business dealings that were all too commonplace in those days. Oh how the Chambers Brothers could have used a righteous label like Merge Records and a capable, honest manager. Here is Lester Chambers' own recent handwritten statement: 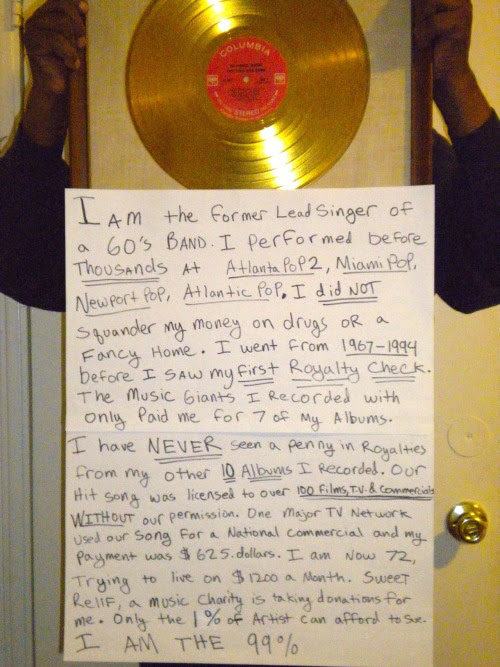 This video by Lester's son Dylan Chambers launched an as yet unsuccessful campaign to get the Chambers Brothers inducted into the Rock and Roll Hall of Fame, though maybe 2013 will be their year.

The Brothers palyes fall of 69 at ND. Two of my future roommates were major fans. The made a sign "Eat em up Lester!" Lester gave them the drumstick and cowbell after the concert. One of favorites was "let's do it."

The actual Chambers Bros cowbell ended up in your ND dorm room in 1969?? Man, that's impressive. Bravo.
So where is it now? Maybe Austin Carr ended up with it.

Austin Carr did live in the dorm.....The cowbell ended up with Bruce Williams in SF.