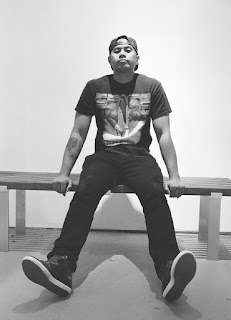 Vex Ruffin is a wildly creative artist, melding a variety of influences both strange and sublime... Bauhaus, Public Image Ltd., Joy Division, and probably a few I don't even know.

Also appearing at the Stones Throw Showcase at SXSW (with Stones Throw founder Peanut Butter Wolf, among others): 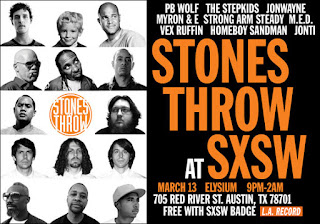 If I was going to SXSW, this would be something I would not want to miss. Stones Throw is putting out an absolutely amazing variety of music... of course, very creative hip-hop, but also a great deal of stuff like Vex's which just smashes together a variety of influences, samples and styles - from indie rock to darkwave to grunge - to great effect. Spend a little time on their website after you download the EP, you won't regret it.
Posted by John Hyland at 3/10/2012