New Cassettes on tour with We Were Promised Jetpacks 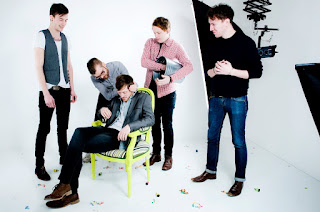 New Cassettes, a pop/punk outfit from Northampton, has a new album, Winterhead, coming out next week (we expressed our admiration in January - link here) and they're on tour in the eastern half of the USA with fellow WYMA favorites We Were Promised Jetpacks (check out Rocksteady's review here).

Check them out in your town, if they're coming... tour dates: