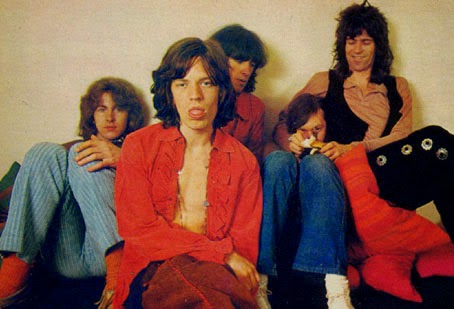 We didn't realize it at the time, but The Stones 1974 album It's Only Rock 'n Roll was in some ways the end of the line. Sure, the tremendous live performances continued for 4 more decades and continue today. But the recorded output never regained the consistently stellar level of the mid '60's-early 70's.

It's Only Rock 'n Roll began a much more predictable and tepid era, far less threatening and innovative, the title track essentially conceding they'd run out of creative gas.

But The Stones are so good that even their tossed off stuff is still quite enjoyable. One such throwaway track from It's Only Rock 'n Roll that I've always enjoyed is "Dance Little Sister":


This was Mick Taylor's final album with the Stones and they were at their best in my opinion with the sort of nasty and aggressive guitar he brought the band, exhibited on "Dance Little Sister".   Though here's an excellent live version (audio only) from a club show in Toronto in 1977 with Ron Wood on guitar: