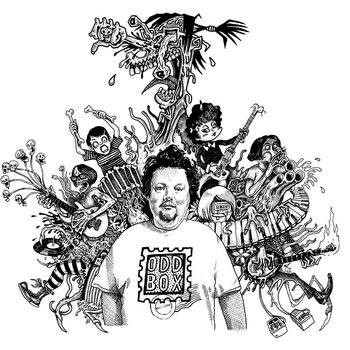 The holiday season has just begun and perhaps you already are feeling financially trashed.  Odd Box Records is here to cheer you up.  They have prepared Odd Box 2014, a ten-track album compiled from their releases during the year.  For a limited time, the record is available for 'name your price' download, so it could be one of the better deals you'll see for a while.

The songs are from groups such as The Wolfhounds, The Hundredth Anniversary, Tyrannosaurus Dead, Ace Bushy Striptease, and Anguish Sandwich, and the general descriptors would be noise pop, garage, and lo-fi.  The songs are energetic, swaggering and rocking.  You'll find some new bands to like, and if you love any of them you can delve into the Odd Box Records site and do some personal shopping.