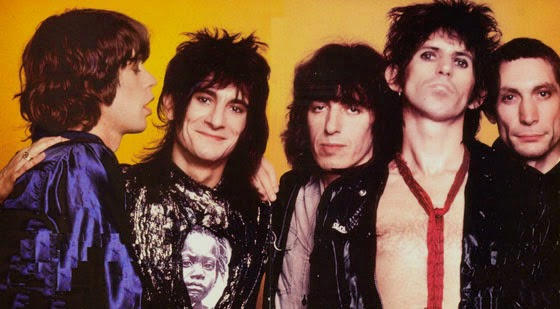 I am traveling to New York City today so I had to go with one of The Stones' New York City songs. We'll overlook the fact it was recorded in Paris.

So as I touch down at JFK Airport, I give you "Shattered", with its makeshift lyrics (claimed by Jagger to have been written in the back of a New York City cab), punk rock sneer, and falling right in that transition of New York music from disco to rap. Yes kids, the Stones hit all the hot spots of 1977-78. "Shattered" from Some Girls:

My favorite part of the song has always been the rockin' bass line, which I only learned now in researching this entry was played by Ron Wood not Bill Wyman.

Here's an even more sped up and really fine live version from somewhere in Texas in 1978:


And I found a most unusual cover, so surprising I don't want say much so you can just discover it for yourselves:

I had heard Wood played bass on that cut before...never able to confirm it....always thought it was a rumor