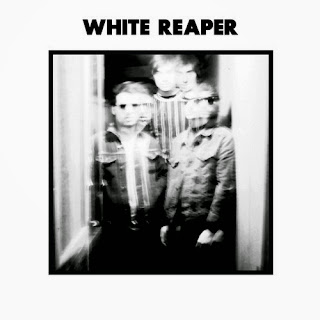 White Reaper is a young group from Louisville, with a sound that should allow these guys to lay claim to a heck of an inheritance. If you've enjoyed indie rock music for a while (I'm old, let's say for a generation or so), you will remember great Louisville artists like Eleventh Dream Day, Rodan and Squirrel Bait... well, that's where these guys come from, both geographically and artistically. And just to keep you from having to go back too far in time, you can put them in your garage punk collection next to Jeff the Brotherhood, Ty Segall and Pujol, to name a few.

Here's "Cool" - hard not to love the retro-garage, almost Munsters feel to the video:

On some of the tracks, "Half Bad" and "She Wants To" for example, it sounds like someone took a Stooges template, cranked up the tempo and used it to build a power-pop soundtrack to a space cartoon:

I'm a little late with this review, but since Polyvinyl is still selling the records, you ought to take this opportunity to listen and learn more. It's only six songs, but every one is noisy, raucous and fun.

Really fun EP. Reminds me quite a bit of King Tuff.