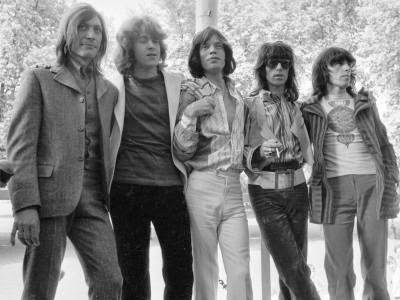 We're on vacation this week and not much time to write. So let's go with a sure fire winner that needs little explanation.

"Honky Tonk Women" did not appear on a studio album, but was released as a single in 1969.  Mick Taylor had just joined the band and transformed the song, magically I would say, from its earlier acoustic hoedown version "Country Honk" that appeared on Let It Bleed.

The first 15 seconds here are one of my favorite song openings ever - first cowbell, then drums, then Taylor's nasty guitar lick:


Keith Richards had this to say about "Honky Tonk Women", one of the band's signature songs and biggest hit singles: "It was a groove, no doubt about it, and it's one of those tracks that you knew was a Number One before you'd finished the motherfucker."