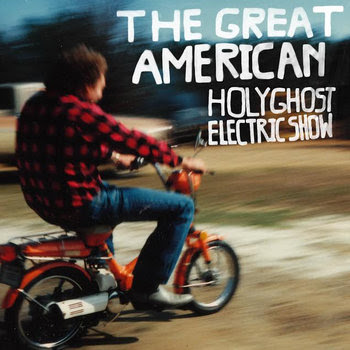 The band is from Corinth in the Mississippi hill country.  The members are Cody Rogers (songwriter, lead vocals, rhythm guitar), Jake Rogers (guitar and banjo), Will Shirley (guitar), Conner Wroten (bass), Austin Wheeler (drums) and Jesse James (trombone and keys).  The Rogers brothers, sons of a southern preacher, and their mates assembled the band in the college town of Oxford, Mississippi, and created a musical collage from rock, folk, country, soul and California pop influences.  The band performs with professional competence and flair, but often just on the edge of the raggedy, ramshackle territory that reminds you of musician friends deciding to go to their car in the parking lot, bring in their instruments and jam until closing in the local tavern.  But there is something more as well  -- a current of almost unsettling emotion, a nearly desperate need to touch the listener.  While musically satisfying, this ain't good time background music.

The boys have packaged twelve tracks of their southern Gothic brew in The Great American Holy Ghost Electric Show, which is out now via Atlanta label This Is American Music.  As hard as it is to choose tracks (or more precisely, to eliminate tracks) to use to illustrate the album, the first three tracks and the seventh will provide an excellent snapshot of the range and power of The Holy Ghost Electric Show.  But you don't have to live just with my choices.  The Website link below will allow you to stream the entire album.  Put on your earphones and listen tonight under the stars.  If not sooner, by the time you hit "Kerosene Heater Blues" and "Elizabeth", you will be hauled in hook, line and sinker.