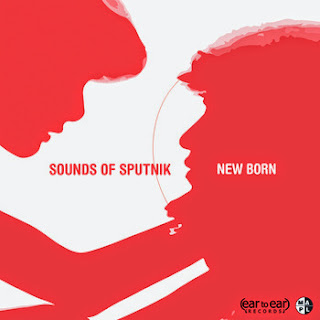 Here's something new and different, but pleasingly familiar: Moscow-based shoegaze artist Roma Kalitkin, recording as Sounds of Sputnik, featuring a lush, full, guitar and keyboard-based sound. They call to mind influences like Mogwai and Twilight Sad, but claim inspiration in a more shoegaze sound (Swervedriver, Slowdive, etc). The female lead vocals are purposely ethereal and somewhat majestic, too. I'll let you listen and work it all out, as they have entrusted WYMA with the premiere of the streaming advance track, "New Born":

As well, here's another track - kind of returning the favor, a reworking by Sounds of Sputnik of Ummagma's "Lama":

It's a small world, indeed. This is in advance of a full album due out later in August - for more details, see the sites below: