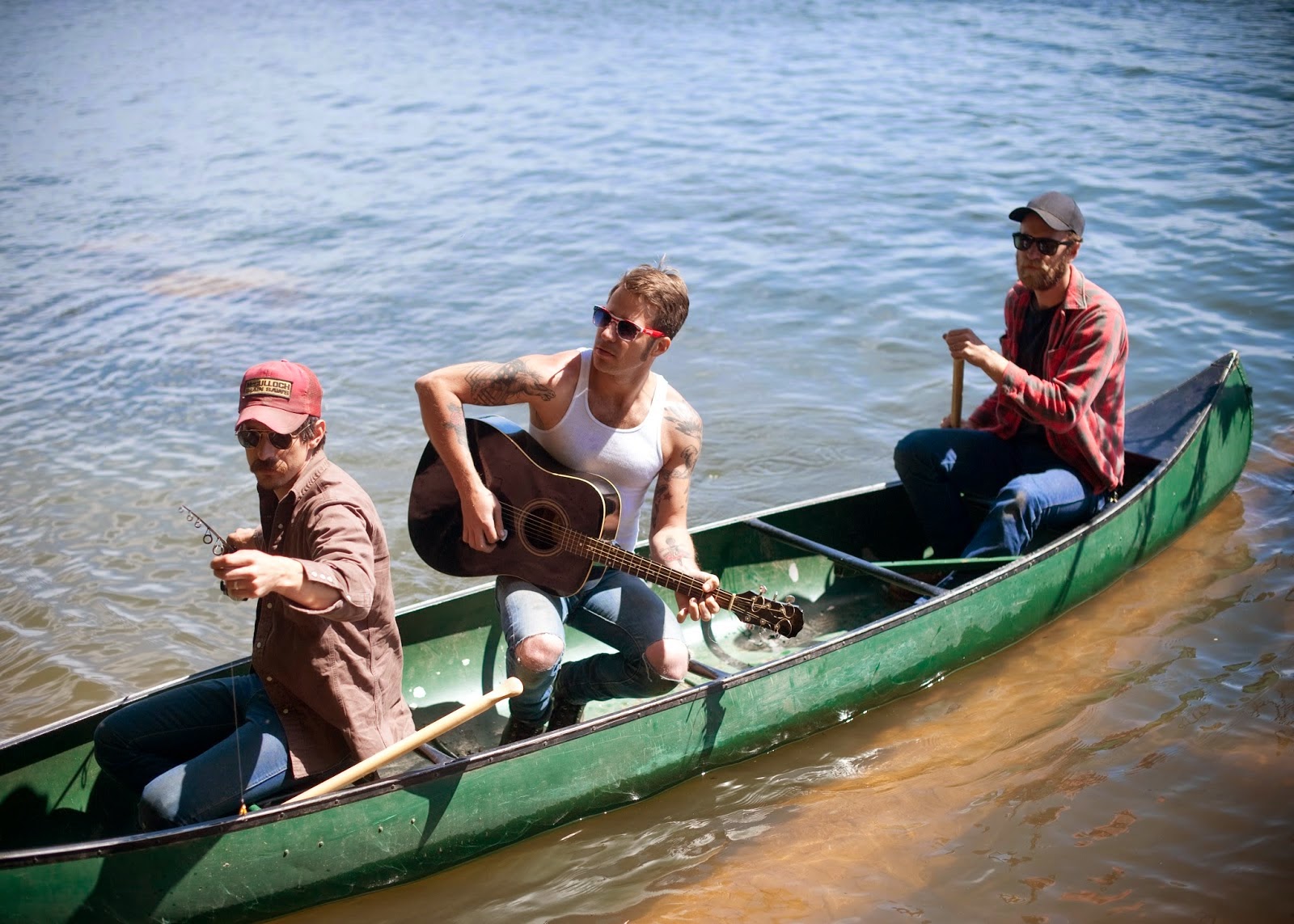 If the band named Phoenix can be from Versailles France, then I suppose a band named Denver can be from Portland (OR). But can a trio of Portlandia hipsters make authentic outlaw country music? One listen to Denver's second CD, Rowdy Love, and the answer comes back an emphatic hell yes.

This CD has barely left my CD player since I got it, 10 very well played and sung songs of heartache, loss, drinking, and trying to get over, recalling Waylon Jennings, John Prince, and from a more contemporary angle, Shovels and Rope (who have this to say: "When we BBQ in our driveway, we prefer to do it listening to Denver, the band.").

Let's get right into it, with the second track on the record, "Carry On", a great example of the ensemble playing and terrific vocal harmonies here :

The lead vocal on "Carry On" is by Mike Elias, with harmonies from his two fellow songwriters Birger Olsen and Tom Bevitori who each take the lead on other songs here. The three switch off effortlessly and the record is surprisingly seamless for a band with three lead singers and songwriters. They compliment each other well and the quality of the songwriting is elevated by having 3 writers giving their best and playing off each other. They are backed by some of Portland's best players, drummer Sean MacNeil, bassist Billy Slater (Grails) and Lewi Longmire on lead guitar.

Rowdy Love is produced by like minded Portlander Eric Earley from Blitzen Trapper, who gets a rich and powerful sound.

This is the band's second CD, following a self-titled debut from a couple years ago. Here's a video of "The Way It Is" from that record:


This is the best kind of country music, as George Jones said, "Ragged but right."

If you click the Music section in the band's web page, you can stream 2 other songs from Rowdy Love, though you'd be far better advised to simply buy Rowdy Love there and get it all.