Tall Ships (Brighton, UK) - There Is Nothing But Chemistry Here 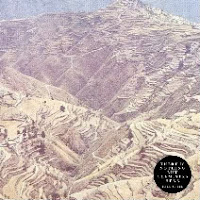 Love them or hate them, one thing the concentrated power of record labels seemed to do was to keep multiple bands, at least multiple bands at the stage of recording and releasing whole record albums, from having the same name. In this new DIY, fragmented music world where an artist is empowered to create, produce and market music on its own and there are full-service labels in cities all over the world, this was probably inevitable. I recalled hearing a track by a band called "Tall Ships", went online to search and found a really good band called Tall Ships in San Diego, California USA (see immediately following post). I wrote about them because I liked their sound. But, you know what? I was actually looking for this band, because the song that drove me to look into the band in the first place was "Plate Tectonics".

Here's the video for "Plate Tectonics" from There Is Nothing But Chemistry Here:

I'm sure that there are seaside communities all around the world full of young men who are entranced by the concept of taking to the sea on tall ships, and so there may be perfectly good bands with that name in New Zealand, Alaska and Maine for all we know. But the ones in Brighton, UK and San Diego, CA are both real good and we at WYMA don't think you should discriminate or make the mistake of thinking "I've heard one, I've heard them all". You've heard from the Californians, check out the Brits. Members are listed as Jamie, Ric and Matt.