Rogue Valley - False Floors (and three more just like it!) 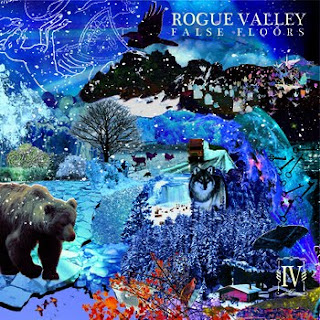 Talk about ambitious... Rogue Valley is a Minneapolis-based rock band that in April released this record, which is described as the "fourth and final album (the Winter chapter) in a season album cycle".

It sounds great, and as with so much of the music I've discovered lately, I heard it on KEXP... "Onward and Over" was the song of the day podcast for June 21, 2011.

I'm looking forward to working my way through all four records, which are available for "name your price" at Rogue Valley's Bandcamp page:

And here's a video for "Cleaning Slates" from the Fall album, Geese in the Flyway:

Prolific, ambitious and talented, with a real good sound. If you like folk rockers like Joseph Arthur, Neil Halstead, The Kooks... do yourself a favor and give a listen.