We can't say enough about the Parson Red Heads and their upcoming release Yearling, which will be out in mid-August. WYMA will have a feature story on them as the release date approaches.

In the meantime, enjoy this video of "Seven Years Ago", a song from Yearling. The video premiered yesterday on Paste Magazine's web page. The song and film captures the Parson Red Heads' beautiful vocal harmonies, melodic guitar sounds, and big-hearted vibe.

The video was filmed all around Oregon City where the Parsons reside. Oregon City is a first-tier suburb of Portland with a rich history, being the first city west of the Rocky Mountains to have been incorporated. Lewis and Clark wrote many journal entries about Oregon City's majestic Willamette Falls pictured here: 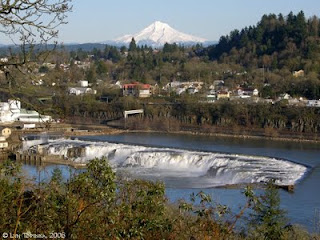