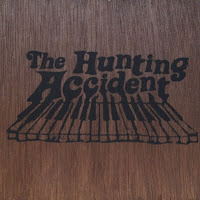 The Hunting Accident, as they will tell you, is a band made out of the parts of other bands that broke up: Arlo and Piebald... Arlo released a couple of good records on Sub Pop, but broke up. I remember wondering what happened, because I thought they were very good and the music was downright catchy. I was not familiar with Piebald, but it looks like they had some tour dates with folks like Dinosaur Jr., so there you go...

And here they are, in 2011, making some really good rock music. Check out the first cut, "Hot Drum": good drumming with piano on the beat, well-timed guitar runs and strong vocals. Here's the video for "Hot Drum":

All the ingredients are there, all they need is listeners. And there's a four-song EP set to be released as a 7" record in August, but you can listen and download currently at Soundcloud. I do recommend that.

Good sound. I'll have to look for more output from these guys.