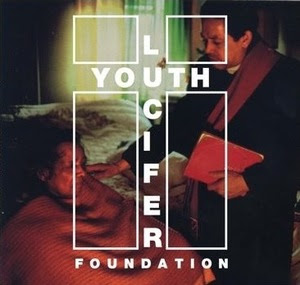 Never let it be said that the Raleigh bureau of this far flung enterprise is avant anything. I pretty much learn about new music the way you do – over the internet. Every so often I’ll be lucky enough to see something live that hasn’t gotten properly appreciated on these here webs. That happened a few months ago with Unknown Mortal Orchestra. Within hours of that awesome set I had banged out what I assure you was going to be a groundbreaking post. I was going to be for UMO what Jon Landau was for Springsteen. Alas, you mix this Blogger program setup with a few beers and you eventually find that you have a new and unrelenting editor. So once I lost the post, I just said screw it and waited until they released their great new album to post about them. Actually waited until about a month after. Again, the Trailblazers are in Portland, not here.

So it is again with a measure of sheepishness that I crawl out from under my rock to make a pronouncement that is likely to generate a few “FRANCO STILL DEAD!” comments, and that is this: Manchester’s WU LYF have released a brilliant debut full length called Go Tell Fire to the Mountain that is more than worthy of the massive hype that has accompanied it. And although it’s been favorably reviewed by all the big names out there, I consider it my job to come through and authoritatively say, “Hey, those hipster d-bags were right this time.”

Check out the excellent tune “Spitting Blood”, here serving as audio accompaniment to a fan’s interesting, if violent, video interpretation.

According to the band’s entertainingly inscrutable website, the record was recorded in a church, and you certainly can hear the large space in the production. I’ve seen a dozen or so bands invoked to describe the music – from Arcade Fire (not really) to Explosions in the Sky (nice one). I’d also throw in Abe Vigoda, at least at certain of the more upbeat moments. More entertaining are the attempts to describe the vocals of Ellery Roberts – Issac Brock crossed with Tom Waits; Ian MacKaye crossed with Tom Waits; Tom Waits crossed with a drowning dachshund. Whichever of these is most apt, the combination is utterly original. This one is “Cave Song”.

There’s some good new live stuff from them that’s hit youtube in the past couple of weeks, suggesting that the band is a force onstage. Check all that stuff out, but don’t forget to buy the album. This is the studio version of the last tune, “Heavy Pop.”

The band website is definitely worth the petrol to get there.
Posted by H Lewis at 7/18/2011